Deprecated: The each() function is deprecated. This message will be suppressed on further calls in /var/www/wp-content/plugins/js_composer/include/classes/core/class-vc-mapper.php on line 111
 Righting a social wrong: The Jewish case for legalizing marijuana - Friends of Prop 64

Righting a social wrong: The Jewish case for legalizing marijuana

“You know, it’s a funny thing, every one of the bastards that are out for legalizing marijuana are Jewish. What the Christ is the matter with the Jews, Bob?” — President Richard Nixon, secret tapes, May 26, 1971 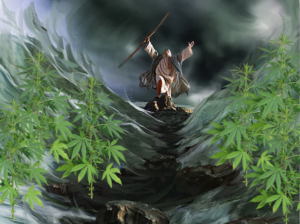 The matter with the Jews is that our religious tenets, culture and shared history give us a special sensitivity and an understanding that working against social injustice and for human and civil rights is the right thing to do. Through centuries of being scapegoated and persecuted, we have learned that it is wrong to identify groups of people for unequal treatment, demonization and incarceration because they are a minority or not part of the mainstream. So, it’s not surprising that Jews are over-represented in social justice causes.

With Proposition 64, the Adult Use of Marijuana Act, on the ballot in California this November, it is time to consider marijuana legalization a social justice issue.

The Drug War carries echoes from the past 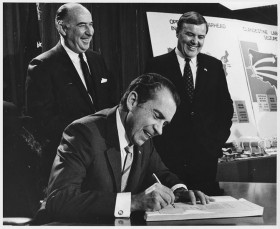 Nixon privately admitted that he intended to keep marijuana illegal to disrupt the Peace in Vietnam political movement.

Not only did Nixon dislike Jews, he also despised hippies and “blacks.” To harass them and the student anti-war protesters, he declared a “War on Drugs” to arrest them on marijuana or other drug charges. Thus began America’s longest war, later amped up by President Reagan’s zero tolerance policies adopted by Congress and state legislatures to appear “tough on drugs.” The 1980s brought draconian mandatory minimum sentencing, asset forfeiture and conspiracy laws, which have led to mass incarcerations, making the U.S. the world’s number one incarcerator today.

Drug prohibition is stigmatizing, criminalizing and rounding up many good people. It fills prisons with nonviolent drug offenders for long periods of time, taking people’s property and money, keeping them from jobs, breaking up families and orphaning children. It even includes the use of paramilitary tactics, often on the word of paid informants, with disastrous effects.

This pattern sounds eerily familiar. Enough! Never again. That’s why I vowed to work to end this destructive drug war — especially marijuana prohibition, which is driving the arrest rates due to the vast numbers of cannabis users compared to the relatively few users of other illicit drugs.

Decades of “reefer madness” hysteria have caused much more harm to our families and society than any plant ever could. Even though cannabis is arguably safer than alcohol and has never killed anyone, it remains federally scheduled in the most dangerous category with no accepted medical use. Today, California, 24 other states and Washington, D.C. all accept medical use of marijuana. Doctors throughout the country are recommending cannabis to patients to treat cancer, epilepsy, multiple sclerosis, chronic pain, depression, PTSD and a host of other ills. Marijuana’s safety and medical benefits are becoming better known as more people turn to this plant for relief from their ailments and suffering, and to get off opiates and other pharmaceuticals that have devastating side effects.

Meanwhile, Israel is at the forefront of medical cannabis research and has a thriving program where patients can access cannabis and even use it in hospitals.

Colorado, Washington, Oregon and Alaska have already taken the next step to legalize, tax and regulate its non-medical use. California voters have the opportunity to join them this November and expand social justice by passing Proposition 64.

Lt. Gov. Gavin Newsom’s Blue Ribbon Commission spent two years studying and holding hearings around California on how best to legalize and regulate cannabis for adults while protecting children and public safety. Prop. 64 is based on the commission’s findings and recommends that marijuana use should not be treated as a crime but, rather, as a public health issue: Make it legal for adults 21 and over to personally use, possess, share, buy and grow small amounts; no sales or marketing to minors; tax, regulate and control the commercial market; downgrade most remaining penalties to misdemeanors or infractions; and, rather than criminal records and school expulsion, offer help and education to minors. 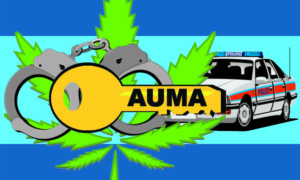 Prop. 64 would protect medical marijuana laws and keep patients’ children from being taken away by Child Protective Services. It enables local and state governments to protect cannabis consumers with quality-controlled cannabis products, sold by licensed and zoned businesses that check IDs to keep it away from youth. It will also garner tax revenue for youth programs, medical marijuana research, law enforcement, environmental restoration, the legislation’s implementation and a fund that helps communities disproportionately hurt by the drug war. Social justice groups like the ACLU and NAACP endorse the voter initiative as a path to greatly reduce the disproportionate searches, arrests and other negative impacts on communities of color.

Prop. 64 speaks to the Jewish conscience

As we approach the High Holy Days, let us reflect on what we can do to repair our world. Tikkun olam: This is what matters to Jews.

Voting yes on Prop. 64 is a simple action you can take on Nov. 8 to fix this longstanding injustice and send a message to the world that California is leading the way to a more tolerant, just and humane future for us all.

Mikki Norris is a drug policy reform activist, co-author of the award-winning book “Shattered Lives: Portraits from America’s Drug War” and director of the Cannabis Consumers Campaign. She works with Friends of Prop. 64 and Drug Policy Action. This article was originally posted at JWeekly.com